The Norman Lindsay Gallery at Faulconbridge is the home of the Magic Pudding and displays the work of artist and writer Norman Lindsay (1879-1969). Run by the National Trust, the sandstone cottage and landscaped grounds are open 7 days a week and there is a specialist gift shop and cafe.
Norman Lindsay (1879-1969), artist, cartoonist, and writer, came from a family that produced five artists. Lindsay left home when he was sixteen to live with his brother in Melbourne. In 1901 he moved north to make his permanent home in the Blue Mountains, working for the Bulletin in an association that lasted almost to his death.

His first novel was published in 1913, and by the 1920s he was both proficient and prolific in pen and ink drawing, etching, woodcuts, watercolours and sculpture. Lindsay rejected Christianity, and his art depicts Bohemianism and Arcadian pantheism madly admixed in a fantasy world.
As early as 1904 his work was deemed blasphemous; in 1930 his novel Redheap was banned and the following year the police proceeded against an issue of Art and Australia that showcased his art. There were many critics of Lindsay’s work but he remained popular with collectors, and Albert, the loyal but cranky The Magic Pudding from his classic children’s book (1918) is still just as popular with today’s younger generation. 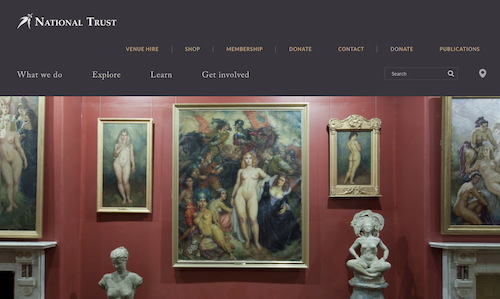