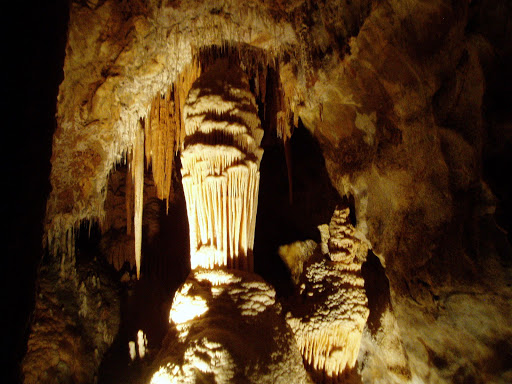 The drive from Lithgow follows the high ridge tops with has stunning panoramic views. Take your time to enjoy the scenery as you wind your way through rural pasturelands, native and pine forests and down a scenic mountain into a deep valley to the Jenolan Caves and Caves House.

There are wonderful walking tracks in external caves to explore along the river. The best way to see the unique underground wonders is to take one of the conducted cave tours. There are eleven show caves to be seen on the tours. Fees apply but they are worth every cent.

We suggest getting a tour package for two or three caves. You’ll be shown different aspects of the underground world by the guides who are very willing to explain every detail that you would like to know. A must-see cave is the awesome Devils Coach House which you can do on a self-guided tour. 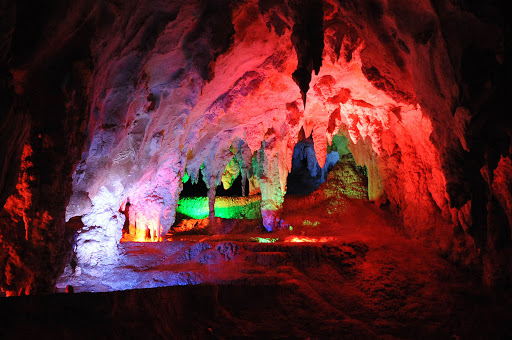 The caves, originally known as the Fish River Caves, came under the control of the NSW Government in 1866 and where the second area in the world reserved for conservation.

The cave network follows the course of a subterranean section of the Jenolan River for over 40km and there are multi-level passages and over 300 entrances. Exploration continues and there are sure to be more exciting discoveries.

The caves and the conservation reserve surrounding the caves are one of the eight protected areas that were inscribed in 2000 to form part of the UNESCO World Heritage-listed Greater Blue Mountains Area. 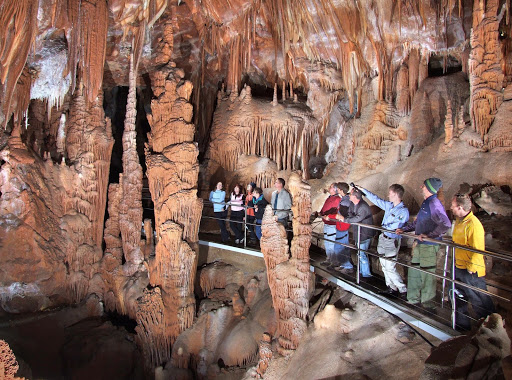 Caves or Kast?
The experts are now calling our caves “karsts”. Why?
Well, karsts are caves formed in a particular way. The NSW Office of Environment and Heritage states: ‘Karst’ is a distinct landform shaped largely by the dissolving action of water on carbonate rock such as limestone, dolomite, and marble. This process typically occurs over thousands or millions of years, resulting in a variety of surface and below-ground features, including gorges, sinkholes, underground streams, and caves.
Well now you know, but we’ll continue to call them caves. 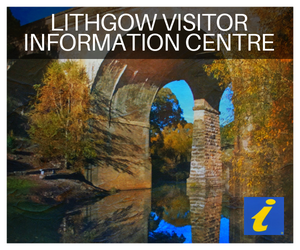