In just a short time in Gundagai you can discover a great deal about Australia’s folk law, transport systems, crime, heroes and early settlers. Here are some places that are well worth visiting. 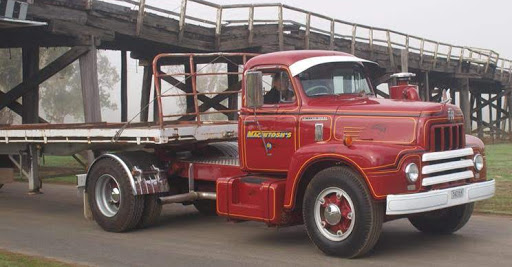 This work is a tribute to Steele Rudd’s famous “Snake Gully” characters, Dad, Dave, Mum
and Mabel. It is a life-size sculpture of the family as immortalised in copper by sculptor Aurel Ragus.

Located at the far end of the main (Sheridan) Street.
The landscape of Gundagai is dominated by the historic Prince Alfred and Railway viaduct timber truss bridges. Over 800m long, both the bridges are a spectacular latticework of wooden trusses and wonderful examples of early engineering solutions to crossing a major floodplain.
The Prince Alfred Bridge is a road bridge and was built in 1867 to carry the then Great Southern Road (now the Hume Highway) across the Murrumbidgee.
The Murrumbidgee River railway bridge is one of the most imposing bridge structures in Australia. It was built in 1903 and the long, high-level viaduct across the floodplain was built from local timber in the form of 77 deck trusses on timber trestles.

The Old Court House and Gaol

161/169 Sheridan St, Gundagai
The Gundagai Court House was one of the first stone buildings to be erected after the Gundagai floods of 1852 and was the site for the trial of Captain Moonlite (bushranger Andrew George Scott). Scott and three surviving members of his party first faced a hearing in the Gundagai Court House. They were incarcerated in the old Gundagai Gaol, which is behind the Court House, surrounded by a high slate wall.

The Old Gundagai Gaol is at the corner of First Avenue and Byron Street behind the Court House. Built in 1859, the gaol consists of a cluster of structures including, The Gaolers residence, the external kitchen block, the hospital (original gaol), the gaol including exercise yard, an outhouse, outbuilding, a well and archaeological remains.
Audio Tours
Entertaining and informative self-guided audio tours of this heritage site are available daily between the times of 9:00am – 3:30pm. Hire a player, headphones and pick up the key from the Visitor Information Centre (open 7 days 9am – 4.30pm).
Mobility Assess
Please note: – Because of the way the Old Gaol was constructed and the slope of the land, it is difficult to access for those with limited mobility. We are sorry for the inconvenience. If you require specific information about the gaol so you can consider your access requirements, please contact the Visitors Centre on Ph 02 6944 0250 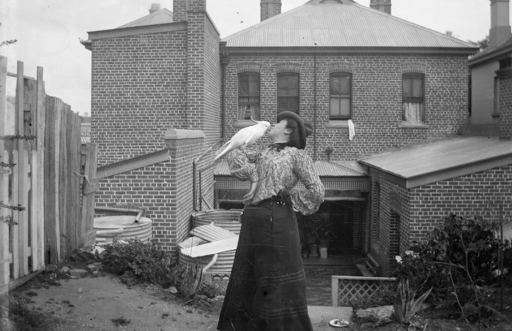 Gundagai is home to a truly unique collection of historic photographs. The town doctor in Gundagai from 1887, Dr Charles Louis Gabriel was a keen amateur photographer. Gabriel’s visual record of Gundagai in the late 1800s and early 1900s is a fascinating documentary history of the time.

This photographic collection is of great significance and is housed in the Gabriel Gallery, Gundagai, featuring the work of an internationally famous photographer, Dr Charles Louis Gabriel, a distinguished resident of the town from 1887 until his death in 1927.

Another resident, accountant, and businessman Cliff Butcher, who established the gallery, found some thousand 4 inch glass negatives many years after Dr. Gabriel died, and donated 450 to the National Library at Canberra in 1971.

Photographs around the wall and on cedar writing desks in the gallery were all printed by the National Library. There is also part of Dr. Gabriel’s library, his personal letters, and other memorabilia.

Items relating to poets associated with Gundagai Henry Lawson, Banjo Paterson, Jim Grahame, and Jack Moses are also displayed, together with memorabilia on songwriter Jack O’Hagan, who wrote ‘Along the Road to Gundagai’.

Some of Henry Lawson’s possessions, such as his walking stick, restored chair, and dictionary, together with his letters to Grace McManus who cared for him in 1920 at Coolac just north of Gundagai, are treasured gallery exhibits. So too is the first X-ray brought into country NSW by a Dr. Mawson, who practised in Gundagai from 1906 (a brother of famous Antarctic explorer Sir Douglas Mawson).

But the photographs remain the focus. These are pieces of art which depict history; freezing time on life in a small country town at the turn of the century. Gundagai is immutably caught in his ‘snapshots’; its streets, houses, and shops are fixed permanently in photographic emulsion, its people turn to his lens their slightly self-conscious faces, found working or promenading or gossiping, all intrigued with the novelty of themselves in pictures.

Gabriel’s own interests provide a closer focus. A ‘new’ hospital, the nurses he worked with, the people who were his friends, and the interior of their houses are all recorded.

Between these scenes, and various public events, are photos taken as the doctor drove around in his smart sulky, a witness to funerals, marriages, floods and elections, the coming of trains and circuses. His eye and camera give a very special and irreplaceable record of Australian provincial life two and three generations ago.

Following Mr. Butcher’s gift to the National Library, president of the Gundagai Historical Society, Mr. O. I. Bell, also made a donation of plates that had come into his possession. From the Butcher and Bell collections, the library published “Gundagai Days” featuring some 56 photos, and went on to release the more permanent publication “Gundagai Album”, which used 120 photographs and was edited by Peter Quartermaine, lecturer in Australian Arts and Letters, University of Exeter. The ABC has also made a 30 minute documentary on the photos, titled A Track Winding Back.

Once a hub of activity for the town, the Gundagai Railway Station looks exactly as it did when it first opened for business in 1886. Featuring the only slate roofed Goods Shed in NSW, the Gundagai Railway Station was restored to its original glory in the 1990s. Inside the railway station today, displays recall the travelling past, when trains ran regularly on the now closed Cootamundra-Tumut branch line. A photographic record of the restoration project, and many items of interest to railway buffs, can also be viewed.
Entry by gold coin donation.

Features a central World War I memorial with a grove of 52 kurrajong trees representing fallen Gundagai soldiers, along with tributes to those who served in other conflicts.
The ‘Walk of Honour’ features some 400 engraved pavers commemorating men and women of Gundagai who have served in the Military Forces of Australia.

Dog on the Tuckerbox

8kms north of Gundagai, just off the Hume Highway.

An internationally recognised Australian icon, the Dog on the Tuckerbox monument was created in 1932 by Frank Rusconi as a tribute to our early pioneer settlers.
The story of the Dog captured the imagination of all Australians through the poem Bullocky Bill by Jack Moses, adapted from an earlier version by otherwise unknown author ‘Bowyang Yorke’, in the early 1900s. The legend was then immortalised in popular song by Jack O’Hagan Where the Dog Sits on the Tuckerbox.

ORIGINAL POEM
As I was coming down Conroy’s Gap I heard a maiden cry,
“There goes Bill the bullocky,
He’s bound for Gundagai.
A better poor old bastard
Never earnt an honest crust,
A better poor old bastard
Never drug a whip through dust.”
His team got bogged at the Five Mile Creek, Bill lashed and swore and cried,
“If Nobby don’t get me out of this,
I’ll tattoo his bloody hide.”
But Nobby strained and broke the yoke, And poked out the leader’s eye,
And the dog sat on the tucker box
Five miles from Gundagai.
– Bowyang Yorke