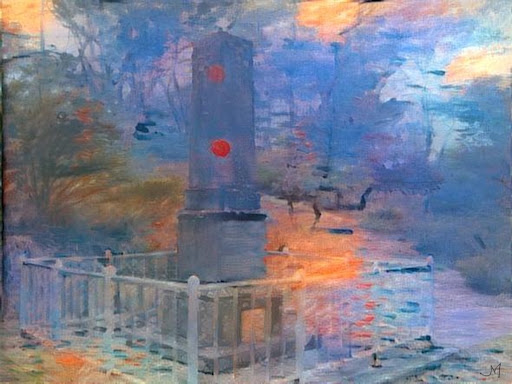 This obelisk commemorates the discovery of the first payable gold in Australia.
In 1851, Edward Hargraves discovered a ‘grain of gold’ in a waterhole near Bathurst. Hargraves was convinced that the similarity in geological features between Australia and the California goldfields (from where he had just returned) boded well for the search of gold in his homeland. He was proved correct. He named the place ‘Ophir’, reported his discovery to the authorities, and was appointed a ‘Commissioner of Land’. He received a reward of £10,000, plus a life pension.

The discovery marked the beginning of the Australian gold rushes and a radical change in the economic and social fabric of the nation. Ophir was home to more than 1000 prospectors just four months after Hargraves discovery. Gold fever gripped the nation and the colonial authorities responded by appointing ‘Commissioners of Land’ to regulate the diggings and collect licence fees for each ‘claim’. More

The obelisk was unveiled in 1923. The Maitland Daily Mercury reported:
To commemorate the first discovery of payable gold in Australia, Mr. Fitzpatrick, The Minister For Mines, unveiled an obelisk at Ophir on Friday. In order to commemorate the momentous occasion of the finding of the first payable gold in Australia; this monument has now been erected to mark the site where the discovery was made and to do honour to those who were concerned in this epoch-making event.

It bears the following inscription:-—

“This obelisk was erected by the New South Wales Government to commemorate the first discovery in Australia of payable gold, which was found in the creek in front of this monument. Those responsible for the discovery were:—
Edward Hammond Hargraves.
John Hardman Australia Lister.
James Tom.
William Tom.
From experience gained in California, Hargraves formed the idea that the district was auriferous, and he found the first gold on 12th February,1851, about two miles up Lewis Pond Creek. He explained to the others how to prospect and use a miner’s cradle, and Lister and W. Tom found payable gold between 7th and 12th April, 1851.”
(Maitland Daily Mercury (NSW), 29 December 1923). 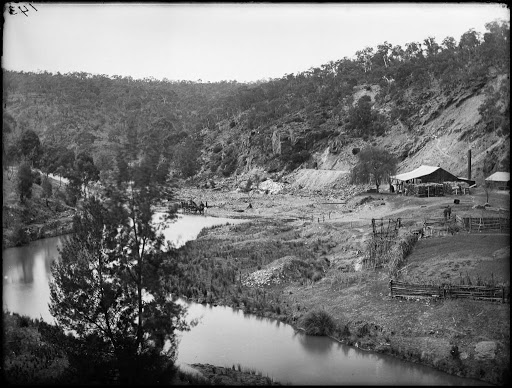